Your browser does not support the Unity Web Player. Want to save the game for later? Add it to a collection.

UPDATE [1.0.1.0]: Fixed several bugs, added Dan and Drew's voice acting, and made other various improvements. There may still be occasional desync issues in the network play, but it should be vastly improved from last version.

Bombduders is a 1-vs-1 competitive sports game inspired by the SNK/Data East classic, Windjammers. With new mechanics and a Giant Bomb-inspired roster of characters, Bombduders is Guaranteed˜ to knock your socks off.

☆★ Featured on the itch.io front page! Thank you, everyone! ★☆

Disclaimer that right now, the online is still pretty buggy. (It was coded in a week!) We'll iron out some stuff asap so if you're experiencing any issues, that's on us. :( Sorry! 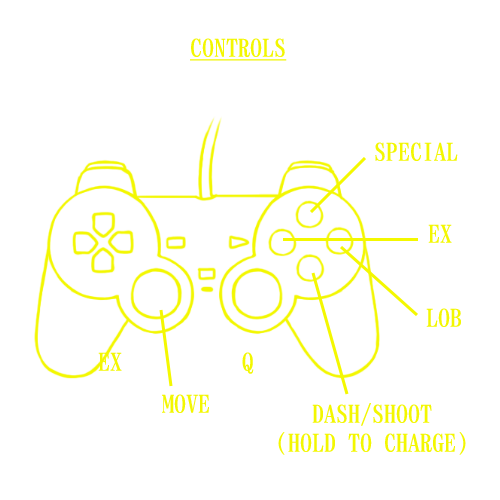 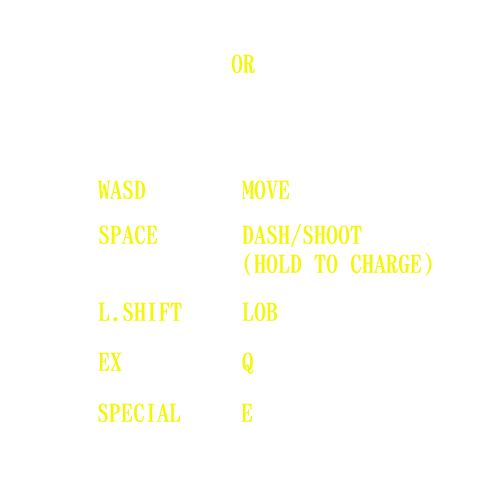 Note that while Bombduders does have online play, we are currently limited by Photon's Cloud Server limitation of 20 concurrent players at once. This may change at a later date but if you are experiencing difficulties connecting to matches, this is likely the reason.

After every goal he scores, Dr. Tracksuit gains a SPEED burst for 10 seconds.

Throws a disc that sticks to walls. Questionable.

V-Bomb hates passive play! Extended volleys increase V-Bomb's POWER while
decreasing his SPEED. This effect may stack up to 5 times and resets after a point is scored.

V-Bomb hurls the disc with all his strength! (Increased throw speed and knockback)

V-Bomb summons his trusty shield to help bolster his defenses. Lasts for 1 hit.

For every point scored against him, Dirty Dan Ryckert permanently gains a small amount of POWER and SPEED.

Dirty Dan rigs the disc to be worth +1 bonus point the next time points are scored by either player.

Dirty Dan uses his patriotism as a weapon as he obscures the court while temporarily blocking ability use.

Solid Scanlon builds a little meter with every successful catch.

Solid Scanlon loves literature, and so should you! A "book" is lobbed onto the court, stunning anybody who touches it for 1 second. (Lasts for 20 seconds)

This is a sneaking mission! Solid Scanlon equips his disc with the latest in stealth technology, allowing it to be completely invisible for a brief amount of time. 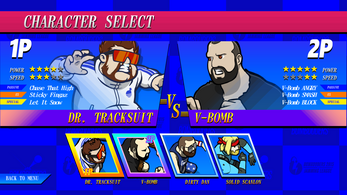 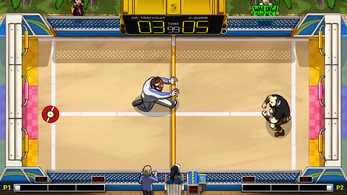 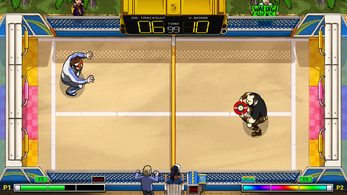